While his quality control may have gone out the window from the late 60’s onwards, Peter Sellers remains a British comedy institution; after his siccess with the highly esteemed Goon Show, his comic voices where aimed at all kinds of targets, from French detectives to British military figures, trade-union leaders to party-guests. 1963’s The Wrong Arm of the Law sees a talent under development, somewhere between the acidic pen-portraits of Dr Strangelove and the internationally accessible pratfalls of the Pink Panther films. 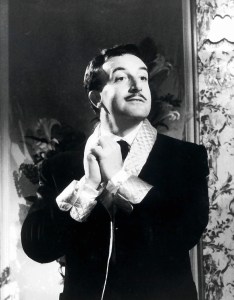 One of the twelve most popular films in the UK circa 63, The Wrong Arm of the Law’s stark black and white, no-nonsense comedy harks back to Sellers’ successes like I’m All Right Jack, light-on-sight gags but with a satiric undertow. Graham Stark makes for familiar company, but there’s also a who’s who of British comedy, including Lionel Jeffries, Arthur Mullard, Derek Guyler, Dennis Price, Dick Emery, John Junkin and a tiny role for a young Michael Caine during a Richard Lester-ish sequence shot at Battersea Park funfair.

The notion of leading the British police in a merry dance via quick costume changes is a dated one, but experienced screenwriters Galton and Simpson, with a bit of help from John Antrobus, an eminence grise of Goon comedy and interviewed in a fresh featurette here, do a neat job of making the crooks a sympathetic bunch.

The point of Cliff Owen’s light-hearted film is that the constant malaise of British government and social interaction is as present in the underworld as elsewhere; any moral judgements are put aside to enjoy the fun of the caper. For fans of Sellers, it’s a rich work; his entrepreneurial character shows how well Sellers could stick to a script, before his mania for control led him to some far less disciplined performances. Music from Richard Rodney Bennett and an early role for Nanette Newman seals the deal on a nice slice of comedy nostalgia.

FULLY RESTORED AND RELEASED FOR THE FIRST TIME  ON BLU-RAY and DIGITAL from 2nd MAY 2022. Thanks to Studio Canal for access to this title.