My third attempt at getting through Pete Walker’s pop-star murder mystery flick proves the charm; a higher quality version of this film at least removes most of the VHS scuzz if not the moral murk. But don’t call it The Comeback, it’s also known as Encore and also The Day The Screaming Stopped. By any name, it’s still a remarkably tatty film; it’s at once an early slasher horror film, but it’s also a vehicle for the music and big-screen persona of lounge singer Jack Jones, and if you fancy that as a catch-all concept, you’re on your Jack Jones, to repurpose some vintage rhyming slang.

Jones plays Nick Cooper, a popular recording artist having a mid-life crisis; Cooper decants to the UK to start work on a new album, but the past is catching up with him. His ex-wife Gail (Holly Palance) is murdered by a masked figure, although her body isn’t discovered until 20 minutes from the end. Nick wonders what’s going on and so do we; could mysterious house-keepers Mrs and Mrs B (Walker stalwart Sheila Keith and Bill Owen, the latter a UK household name as woolly-hatted Compo from Last of the Summer Wine) shed any light on who his tormentors are? 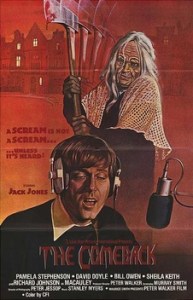 There’s apparently a music-biz cameo from radio DJ ‘Diddy David Hamilton here, but I couldn’t spot him; other randos passing through include David Doyle (Bosley from Charlie’s Angels), Richard Johnson and even Pamela Stephenson as a music journalist groupie who Nick seduces in his tiny car. The plot pivots on the supposedly incendiary, mind-warping nature of Nick’s music, but when we get a blast of it, it’s anything but, very much the kind of easy–listening that Jones is associated with; this was originally meant to be a vehicle for the rather more outre Bryan Ferry. Cooper’s ex fears that Nick will become a ‘has-been teen-idol’ but it’s hard to imagine his tunes shifting the kind of numbers that would have made him an idol at all. 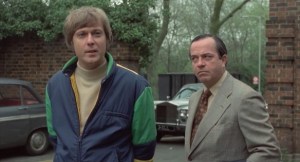 Although the murders are pretty nasty, there’s nothing more horrible in The Comeback than 1978 itself; clock radios, trim-phones, multi-coloured blouson jackets and all manner of atrocities are unflinchingly portrayed. The mystery is a complete non-starter; even though the killer’s identity is concealed, there’s literally only one possible suspect, and the conclusion is deeply underwhelming. Why Jones felt that a horror film would be a good vehicle for his music is the real mystery here; The Comeback is a grotty, terrible movie that’s worth seeking out only by professional so-bad-its-good ironists like myself, who will get exactly what they deserve here.

Posted as part of the Fourth So Bad It’s Good Blogathon, Thanks to Rebecca and Gill. 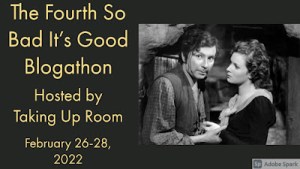