More from the London Korean Film festival, Collectors is a slick, entertaining action-thriller from Park Jung-bae; if you think foreign cinema means art-house, Collectors is the kind of film that’ll make you think again. Referencing both Indiana Jones and National Treasure franchises, this is a fun, glamorous film that’s easy to relate to; subtitles aren’t hard work in this kind of propulsive package, a big box-office hit in the homeland.

We’re talking grave robbing, or tomb raiding to be exact. One of the interesting twists of Park’s film is that while yes, we we’re talking drones, laser beam protection and swish Seoul locations, there’s also a general air of credulity expressed about the provenance and power of the artefacts being sought; there’s no point in searching for the lost ark unless you believe in the power within. The royal sword of Yi Seong-gye, ‘the Excalibur of Joseon’ is the target; cutting about South Korea in an open topped car, thief Kang Dong-goo (Lee Je-hoon), a collector (Song Young-chang), a curator (Shin Haesun) and an archaeologist (Jo Woo Jin) named Dr Jones, as in Indiana.

Of course, liberating the sword in question can’t be easy; it’s held in an underground vault in the Gangham area of the city, so the professional services of Shovel Leg (Lim  Won-hee), an expert on tunnel construction, are required. The details of the heist make up the second half of this film, and are constantly engaging; requiring a heavy downpour to flood the tunnels is only one of the imponderables the gag need to get absolutely right to have a chance before the nefarious double-crosses set in.

While some of the switcheroo action has a Guy Ritchie feel about it, Collectors wisely stays away from anything too grimy; this is a deliberately mainstream, commercial film that should work for heist aficionados worldwide. Park Jung-bae’s film doesn’t aspire to be anything other than light entertainment, and isn’t out to change the world, but Collectors is the kind of romp that passes the time easily, Gangham style. 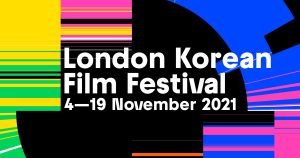