‘I run to death, and death meets me as fast, and all my pleasures are like yesterday…’ The John Donne quote that opens Val Lewton’s 1943 shocker hits exactly the right nihilistic note for this strange, sometimes incoherent but fascinating horror film. And don’t let that vintage put you off; The Seventh Victim stands up well against today’s horror fare; the story of innocents menaced by a cult of Satanists is pretty much timeless.

Unlike many of Lewton’s films, which reach back into history for their settings, the background is modern New York City, and Greenwich Village specifically, an area rife with devil-worship. Enter the innocent in the form of Mary Gibson (Kim Hunter), who gets time off from school to investigate the vanishing of her sister Jacqueline. After a private detective who chooses to investigate is murdered, Mary starts to believe that Jacqueline has fallen foul of the Palladist cult, who soon recognise her as a potential whistle-blower…

There are clearly scenes missing here; at least four key moments simply aren’t contained in the final print, and dialogue referring to these scene remains, making The Seventh Victim an imperfect film. Leaving that aside, there’s moments of haunting brilliance here. One scene sees Mary flee a murder in the morgue and dive for safety into the 14th Street subway. But she falls asleep on the train, which gets to the end of the line and brings her back to the same station, where she sees the detective’s dead body being bundled onto the train by cult members in full evening dress. There’s an Eyes Wide Shut feels about these aristocratic villains, hiding in plain sight, happy to brow-beat the cops who come to their door and argue the toss about their beliefs. Writer DeWitt Bodeen based the story on a genuine Satanic cult that he claims to have encountered in NYC, and the sense of veracity is apparent. As a result of the cuts, the through-lines are confused, and Mary’s search somehow morphs into Jacqueline’s story, frustrating for the audience, but paying off in arguably one of the most shockingly downbeat twist-endings in film-history. Again, this appears to be not-quite-as-intended, but even in this contorted version, it leaves a mark on those who see it, and it thoroughly foreshadowed from ten minutes in. 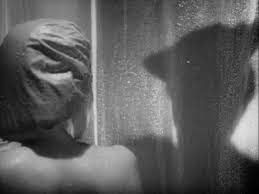 If nothing else, there’s a pre-cursor to horror’s most famous scene, the shower killing from Psycho, and you could be looking at frames from Hitchcock’s film here, the similarity is so close. All of Lewton’s films have differing degrees of magic, but The Seventh Victim is the one that feels closest to modern horror; it’s one of director’s Mark Robson’s best, it’s a warning to the curious as to the dangers of cults, and it’s just so creepy that you’ll be looking over your shoulder for days afterwards.

Get the best viral stories straight into your inbox!