Writer Nigel Kneale is one of the obsessions of this blog; after landing with a splash with his fabled Quatermass trilogy for television, later adapted for film, he ploughed a unique furrow of psychological horror. His disturbing Beasts tv series is highlighted elsewhere on this website, but it’s been a tough gig laying hands on his 1989 version of Susan Hill’s bestselling ghost story. Of course, The Woman in Black was a sizable hit movie for Hammer in 2012, but this beautifully restored HD DVD reissue version is a lot more faithful to the book, while also reflecting some of the key themes featured in Kneale’s work.

The set-up is familiar; ambitious lawyer Arthur Kidd (Adrian Rawlins) is asked to close-up the estate of the recently deceased Alice Drablow, and heads to the remote Eel Marsh House to carry out his duties. At her funeral, he spots a solitary woman watching in the distance, and is haunted by the figure as he begins to catalogue her possessions; does local Sam Toovey (Bernard Hepton) know more about the apparition than he’s telling?

It’s notable that Kidd’s investigation of the house, which takes up a good half hour of the later film, is much shorter here, and Kidd completes his mission and returns to London. Instead of jump scares, there’s a much more sober-minded tone, with the mist around the house seeming to reflect audio from a past tragedy, and old recording cylinders used to convey the voice of the deceased. This is much in line with Kneale’s Quatermass and the Pit or The Stone Tapes, in which inanimate objects host some kind of paranormal phenomena, and Kneale gets to indulge his interest in how such phenomena afflict the senses of those who seek to uncover secrets.

Director Herbert Wise musters a handsome production here, originally shown on ITV on Christmas Eve to a huge audience, in the mood for a chilling ghost story. And The Woman in Black lives up to its reputation as a lost classic, rarely repeated, scarce on VHS, only pressed once on DVD some two decades ago. This restoration looks brand new, and captures the strength to late 80’s production values; an early accident in which Kidd rescues a child from falling lumber is alarming in its realism and sets up an unexpected climax. Fans of The Conjuring will also be amused to see the sinister children’s playroom, complete with a bouncing football; this is the source of a thousand classic tropes.

This is an essential purchase for fans of the classic ghost story, not least for a  commentary track featuring The League of Gentlemen’s Mark Gatiss and Andy Nyman (who also appears here), hosted by the venerable Kim Newman. A national treasure in the British horror field, Newman is also an excellent blogger of the most arcane cinema, and his insights into film are always valuable. (https://johnnyalucard.com/). Newman is quickly onto the way that Kidd is hapless in comparison with the other characters, who all know exactly what he’s getting into, and also spoke to Kneale before the show was released, so serves as an ideal guide here.

The Woman in Black is a seminal story, and this shot-on-film version is probably the best to date. With commendable restraint and taste, The Woman in Black elevates the material while staying true to the ancient roots of the genre. 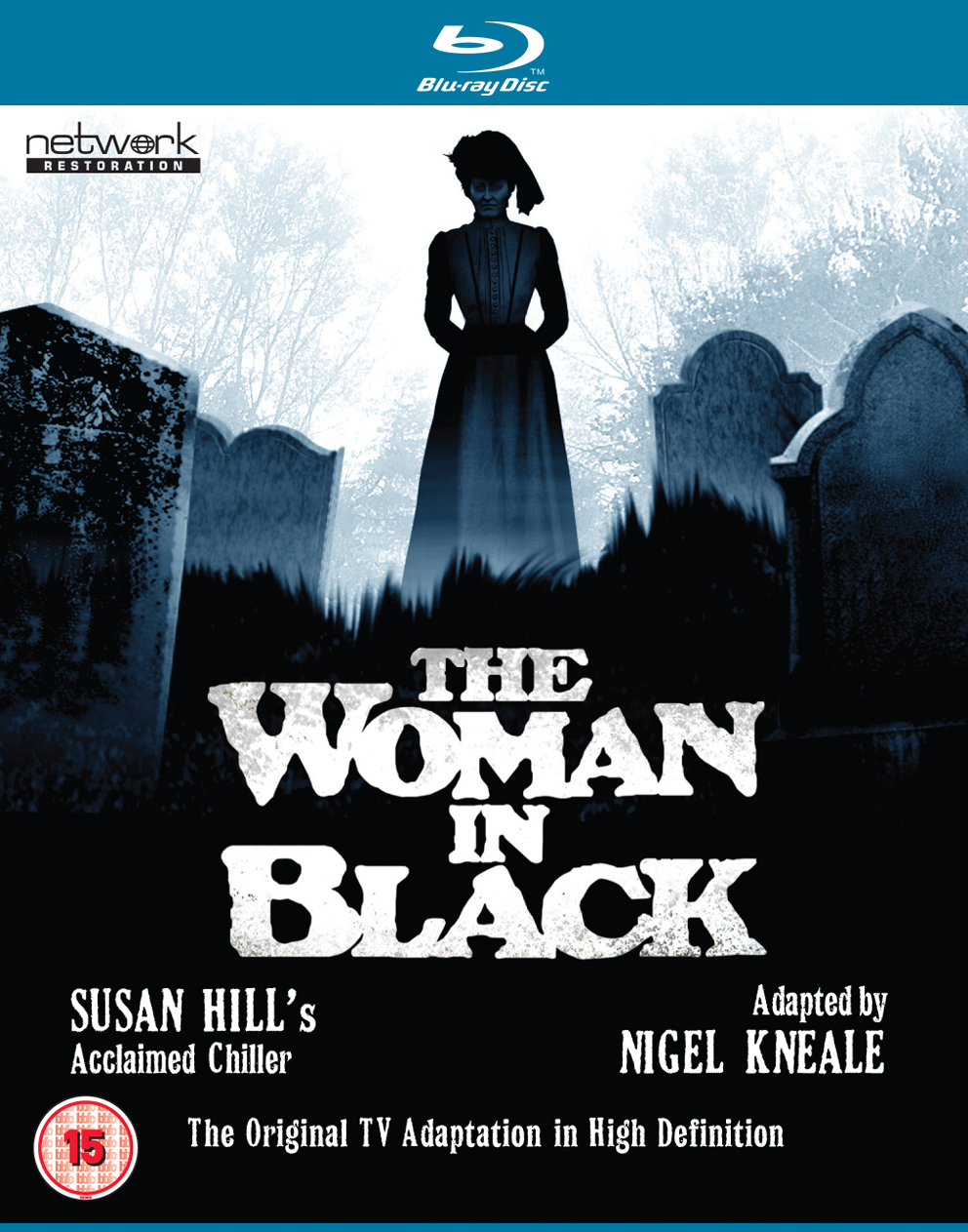