Rey (Daisy Ridley) and the identity of her grandfather has been the worldwide hot topic of the last month, so it comes as a relief to identify the star’s actual grandfather as Dad’s Army star Arnold Ridley, the author of the play that this 1941 comedy-chiller was based on. Ridley wrote his play in 1923, and took inspiration from his overnight stay in a now-defunct station, where the echoes of other trains created an eerie atmosphere. Many, many film versions followed, with this particular one forming a vehicle for the familiar talents of Arthur Askey.

Askey’s trademark catch-phrase ‘Ay Thank Yow’ was appropriated by Mike Meyers for his Austin Powers films, but there’s a fair range of Askey call-backs and references here, as well as a full-blown song and dance number. Askey plays Tommy Gander, a music-hall comic who provides a perfect chance to play himself. Gander is one of a merry band of travellers who miss their connection when he pulls the emergency cord on their train in order to retrieve his missing hat. Forced to spend the night as Fal Vel junction in Cornwall, the group are warned by a gloomy Great Western Railways employee of the ghost that inhabits the station, and the ghost train which passes through… 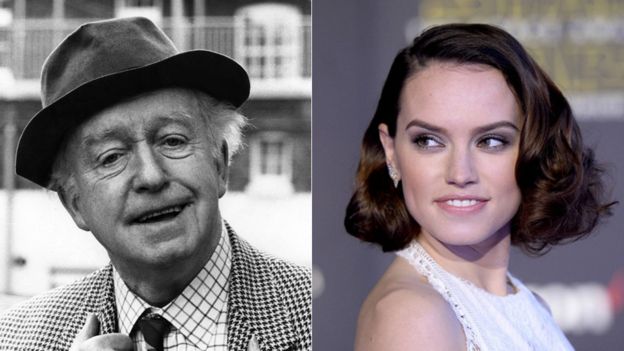 Ridley himself (above) played the station master in his play, Herbert Lomas takes the role of Hodgin here, and there’s also a few substantial changes in the plot, with machine-gun smuggling communists replaced by Nazi Fifth-columnists as the villains. There’s jokes about Hitler, providing it’s really not too soon for JoJo Rabbit, and also some fun at the expense of such recent public figures as Napoleon. Ridley served in both world wars, so it’s fair to give him some extra lee-way when it comes to cultural sensitivity.

The Ghost Train actually stands up pretty well as a film seen from nearly eighty years later; the comedy is sharp, the mystery is neat and the suspense elements elaborate; there’s a long set-up involving how the ghost operates that actually does pay off. What a genuine war veteran like Arnold Ridley might have made of Star Wars and The Rise of Skywalker is anyone’s guess; expectations of a night at the flicks have changed somewhat since this quaint little film-of-a-play packed them in.

Back to Top
Close